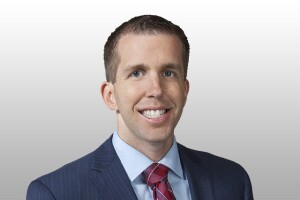 Mike grew up in Arizona and attended Desert Mountain High School in Scottsdale. He graduated college in 2010 with a bachelor's degree from the Walter Cronkite School of Journalism and Mass Communications at Arizona State University.

Shortly after college, Mike started his professional career at ABC15 in Phoenix. Mike has also worked as a reporter and multimedia journalist at KRON-TV in San Francisco and WRTV-TV in Indianapolis, before returning to the Valley with his wife in 2017. During his career, Mike has covered monsoons, earthquakes, tornadoes and a hurricane. Mike has covered national stories including the 2013 Asiana plane crash at San Francisco International Airport, the M6.0 earthquake that struck Napa and subsequent damage, as well as the unsolved murder of two Indiana teens who died while playing on a hiking trail.

In his spare time, Mike is an avid sports fan and enjoys playing basketball. Despite living in Arizona, he is a huge fan of the Green Bay Packers. Mike lives in Gilbert with his wife and an energetic Doberman.

Always in search of a good story, you can reach Mike at Michael.Pelton@abc15.com or on Facebook and Twitter.