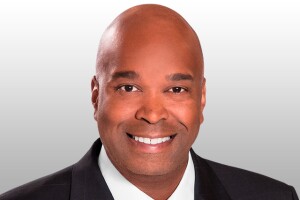 Marc Thompson is a long-time television news journalist who joined ABC15 in June 2019.

Before moving to the Valley, he worked for both the ABC and CBS stations in Sacramento, California.

Marc is a native of the Midwest, growing up in Indianapolis, and graduating from Indiana University.

His career has taken him across the country, landing his first morning anchor job after college down south at WRBL in Columbus, Georgia.

From there he's worked in Indianapolis, Atlanta, Grand Rapids, Sacramento, and now Phoenix!

This is Marc's first stint in the desert, but after dealing with cold and snow for most of his life, he says he doesn't mind the heat and loves swimming laps and spending time by the pool.

When not working, he tries to stay active by riding his bike and playing basketball.

You can also find him at the RC field, flying remote-controlled airplanes, helicopters, and drones.

Marc is a sports nut, and while he'll always stay true to his hometown Colts and Pacers, he's looking forward to checking out the Suns, Cardinals, Diamondbacks, and Coyotes.

Marc loves getting out in the community and says he can't wait to meet all the great people of Arizona. If you see him out and about, he says don't hesitate to come up and say hi!