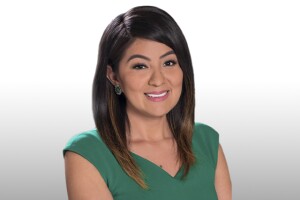 Liliana Soto is an Enterprise/Investigative Journalist at ABC15 Arizona, who is a recognized, award-winning journalist with an extensive career covering Latino and immigration issues in Arizona and Texas.

Liliana was born and raised in Caborca, Sonora, Mexico and graduated from The Walter Cronkite School of Journalism and Mass Communication at Arizona State University.

Liliana began her career as a multimedia journalist and fill-in anchor for Univision in Austin, Texas. She continued her career in Phoenix where she worked as a multimedia journalist and weekend anchor for Univision Arizona. Liliana had the opportunity to work as a news correspondent for the Texas regional newscasts "Primera Edición" and “Conexión Texas," which are based in Houston. Liliana also worked as a freelance journalist for NBC Universal's Telemundo Network.

Liliana has received multiple accolades for her work thus far, including the National Award by the Online Journalism Awards for excellence and innovation in visual digital storytelling. Liliana earned her first Emmy in the Lone Star State where she also led an investigation in partnership with the Austin American Statesman. She has been honored by the National Academy of Television Arts & Sciences as an investigative journalist for exposing a case of abuse of authority and discrimination by officers in the Phoenix police department against a Hispanic woman. Liliana has demonstrated outstanding work on both local and national platforms.

Aside from earning eight Emmys, her highest achievement is being a mother to her daughter Andrea. As a young mother, Liliana strives to motivate teen mothers to pursue a higher education.