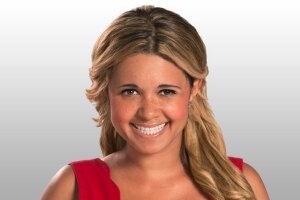 Kari Steele started as a digital video journalist for ABC15 in October 2015, and she has produced hundreds of videos for our digital and social media audiences.

She says she considers herself a predator reporter, and for the past eight years, she’s hunted stories to shoot, edit, write, report and deliver across multiple media platforms.

One of her most memorable moments while working at ABC15 came in October 2016, when she was covering an Arizona Fall League game. You may have seen the video of Tim Tebow praying over a fan who had a seizure in the stands? That was Kari’s video, and she was invited on Good Morning America to share about the experience.

Kari is a big sports fan. She is the product of a sportscaster and a TV news writer, and she was fortunate to grow up in the Los Angeles area with several professional teams in her backyard. She has a younger brother who is a professional baseball player in the San Francisco Giants organization.

Kari graduated from the University of Southern California with a double major in psychology and social science with a minor in sports media studies. While there, she was a member of the Alpha Phi Sorority, president of the Sports Business Association and active on USC’s novice rowing and softball teams.

Hard work and over 20 internships while in school propelled her to work for industry giants such as ESPNLA, Yahoo Sports, the NFL, CBS and, of course, ABC15 Arizona.

She has also worked for WMAZ-TV, KABC-TV, KNBC-TV, KDDB-FM and KUMU-FM.