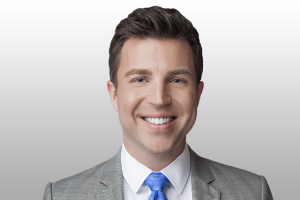 Justin Pazera is an Emmy Award winning anchor/reporter at ABC15. He joined the ABC15 Arizona team in 2015 as a general assignment reporter and currently anchors the weekend evening newscasts. You can also see his reporting weekdays on ABC15 News at 4,5 and 6pm.

With close to 20 years of experience, Justin has covered everything from presidential campaigns and natural disasters, to sit-down interviews with some of the most influential figures in politics and entertainment.

In 2018, Justin served as ABC15's lead reporter on the high profile U.S. Senate race in Arizona. He took part in the station's extensive reporting on the Hacienda Healthcare controversy that made international headlines.

Before moving to Arizona, Justin was an anchor/reporter at the CBS affiliate in Omaha, Nebraska. During his time there, Justin broke several big stories, one of which led to the termination of four Omaha police officers caught on camera using excessive force.

Justin launched his on-air career as an anchor/reporter in Rapid City, South Dakota. His stories took him across the state and even landed him on the top of Mount Rushmore to report on the monument's first extensive cleaning and assessment. He also received an Emmy Award for his story exposing the extremely high suicide rates among children and youth on the Pine Ridge Indian Reservation.

Justin got his start in television news working behind the scenes at FOX Chicago. He's a proud graduate of Columbia College Chicago.