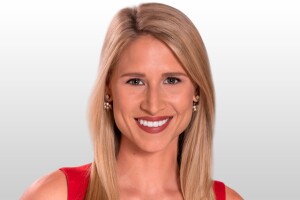 Claudia is a native Spanish speaker who joined ABC15 in June 2019 as a morning reporter.

Prior to her move to the Valley, Claudia worked as a news reporter at WRAL, the longtime news leader in Raleigh, North Carolina. She was part of extensive continuous coverage of two deadly hurricanes -- Hurricane Florence and Hurricane Michael.

Previously, Claudia worked as a morning reporter at WTVR, CBS 6 in Richmond, Virginia. Before that, she reported for the most-watched evening newscast on WRIC, ABC 8 News in Richmond.

During her time in Virginia, Claudia covered several national stories, including the deadly "Unite the Right" rally in Charlottesville in 2017, and the retracted UVA "Rape on Campus" Rolling Stone article in 2014. She started her career in Lynchburg, Virginia as weekend reporter and web managing editor at WSET, ABC 13 News.

Claudia is passionate about connecting with the community and sharing the stories that matter. She loves being out in the field, meeting people and giving a voice to those who otherwise may never be heard.

Claudia graduated with degrees in journalism and French from the University of North Carolina at Chapel Hill. She's a proud Tar Heel!

Claudia was born in Caracas, Venezuela to Italian parents. Her family later moved to Ft. Lauderdale, Florida. Spanish is her first language.

This is Claudia's first time in the desert, and she is excited to explore this part of the country.

When she's not working, Claudia loves to travel, hike and explore new food spots. She and her husband Mitch are constantly looking for the next best Taco Tuesday joint.

If you have any story ideas or suggestions for taco spots and great hikes, Claudia would love to connect! Reach her on Instagram or Facebook.