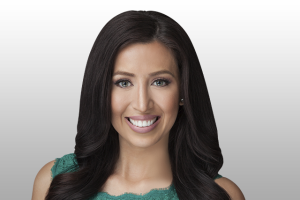 Allison Rodriguez is an Anchor and multimedia journalist for ABC15 News.

She rejoined the team in March 2020, already covering major events in Arizona including the spread of the coronavirus pandemic along the southern border and two visits from U.S. President Donald Trump.

She returned after spending time in the Bay Area, reporting and anchoring at KTVU Fox 2 in Oakland, California. There she covered crucial news assignments including PG&E's widespread power shut-offs, devastating wildfires, the 49ers Super Bowl run and the homeless and housing crisis.

Prior to that she spent six years with ABC15 News, initially joining the team in September 2013. During that time Allison reported on some of Arizona's biggest stories including massive monsoon storms, the death of longtime Senator John McCain, the Red for Ed marches, Super Bowl XLIX and much more.

She was on the anchor desk for many big headlines including the Jodi Arias verdict and Yarnell Hill Fire deaths.

Being so close to the California and Mexico borders, Allison has been able to cover a wide-range of stories that crossed state and international lines in both English and Spanish.

Allison was born in Chicago and raised in the city and Northwest suburbs along with her three siblings. She obtained her Bachelor’s Degree from Columbia College Chicago. Growing up, her parents stressed the importance of sense of community and pride in where you come from.

When she’s not chasing down stories she loves spending time with her husband, video chatting with her family and watching a good movie.

She feels so blessed to be able to live in Arizona. Her family says they’ll be sure to visit her during the winter months.