MCSO: Man rescued and being evaluated after falling in mine shaft in Gila Bend
About UsNews Releases 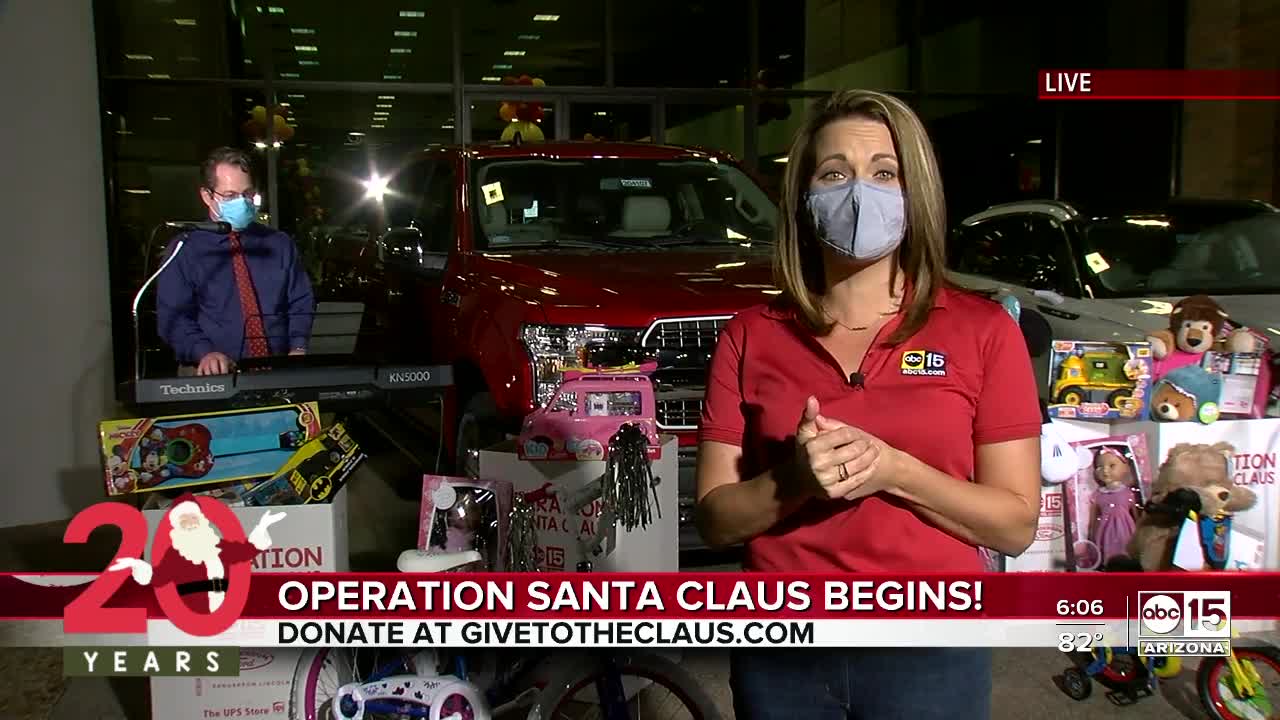 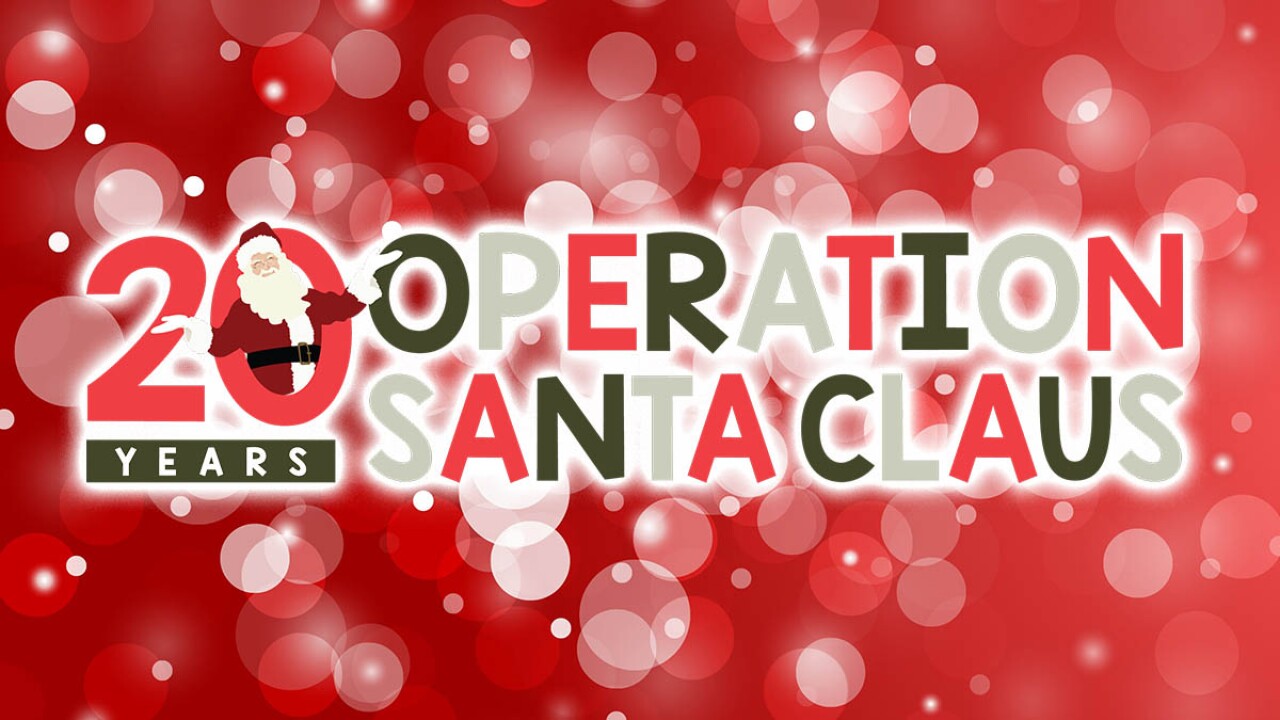 PHOENIX — “Operation Santa Claus” has been helping families in need enjoy the holidays for 20 years! The annual charity drive kicked off on Nov. 16 on ABC15, and every person who contributes will have a chance to win a brand-new vehicle.

“Operation Santa Claus” is an Arizona tradition. It’s a partnership between ABC15 and Sanderson Ford to collect food, toys, clothes and monetary donations for Arizona charities.

Operation Santa Claus runs through Dec. 16 and culminates on Dec. 18 with the vehicle give-away live on Sonoran Living.

Online donations also can be made anytime throughout the campaign at givetotheclaus.com.

Donors who contribute $5 or more to Operation Santa Claus will be entered to win a brand- new vehicle. Sanderson Ford and Lincoln will randomly select one lucky donor to win the choice of a new Ford F150 SuperCrew or Lincoln Corsair luxury CUV. Fifteen finalists will also receive a $100 Visa gift card. The winner will be announced on Dec. 18 during ABC15’s Sonoran Living at 9 a.m.

ABC15 and Sanderson Ford and Lincoln are proud to partner with The UPS Store locations, iHeartMedia, Bonneville Media, Hubbard Radio and Entercom Radio for this year’s drive.

ABC15 and Valley radio station will give people a festive opportunity to get involved, by hosting a Claus-A-Thon on Dec. 2. Throughout the day, ABC15 will promote the need for donations on all its platforms. ABC15 will also have a donation phone bank from 6 a.m. to 7 p.m.

“20 years of Operation Santa Claus is incredible! I’m so proud of our employees, partners and our community for working together and building Operation Santa Claus bigger and better every year, for 20 straight years,” said David Kimmerle, president of Sanderson Ford and Sanderson Lincoln. “We need to do it again. This year, the need is even greater. Hundreds of families throughout the Valley are counting on us. I really believe the community can and will come together to raise the bar one more time.”

“This has been a tough year for so many. Now more than ever we want to give everyone a chance to enjoy this special time of year,” said Anita Helt, vice-president and general manager at ABC15. “Operation Santa Claus has been bringing joy to families for 20 years! ABC15 is proud to be part of a community project that consistently takes action to help our neighbors in need. We could not do this without our partners and viewers who generously dig deep every year and give.”

About Scripps:
The E.W. Scripps Company (NASDAQ: SSP) is one of the nation’s leading media companies, focused on creating a better-informed world through a portfolio of news, information and entertainment brands. Scripps will become the nation’s largest television broadcaster, reaching 73% of U.S. television households through 108 stations in 76 markets, pending regulatory approval of its acquisition of ION Media. Committed to serving local audiences through objective journalism, Scripps operates 60 local TV stations in 42 markets. It is creating a national TV networks business that will include ION Media’s entertainment programming, Newsy’s straightforward headline and documentary news content and the five popular Katz broadcast networks including Bounce and Court TV. Scripps runs an award-winning investigative reporting newsroom in Washington, D.C., and is the longtime steward of the Scripps National Spelling Bee. Founded in 1878, Scripps has held for decades to the motto, “Give light and the people will find their own way.”

About Sanderson Ford:
Founded in 1955, Sanderson Ford is a family owned and operated Ford dealership located at 6400 N. 51st Avenue in Glendale, Ariz. The dealership represents one of the largest Ford dealerships in the country and boasts the largest new and used car inventory in the state. As “the dealership that service built,” Sanderson Ford prides itself in providing excellent customer service and giving back to the community it serves. Its annual Operation Santa Claus drive has netted millions of dollars for local charities for more than a decade. For more information, visit sandersonford.com.